Charles Verge, FRPSC, FRPSL, former Historian for The Royal Philatelic Society of Canada, has provided evidence that a stamp club existed in Barrie as far back as 1889. It was known as the “Barrie Branch of the C. P. A.” [Canadian Philatelic Association] and it appears to have been organized on the 4th of March 1889. Nothing more is known about this club.

There was another club going in Barrie in the 1940’s and early 1950’s, but unfortunately no historical records of its activity are known. 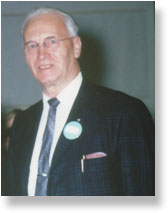 In early 1960 the Universal Cooler Company, manufacturers of supermarket coolers and freezers, transferred its operations from Brantford to Barrie. A senior shop foreman with the company, L. Merle Bernhardt, a stamp collector, whose specialty was Scouts on Stamps, had been very active with the Brantford Stamp Club. Upon discovering there was no stamp club in Barrie, he took steps to organize one. Merle made contact with Larry Whitby who knew a number of other collectors in the area and arrangements were made to have a meeting to explore the feasibility of establishing a new stamp club.

Ten people met on the 1st of December 1960 at Central United Church and agreed to form a club to be known as “THE BARRIE DISTRICT STAMP CLUB.” Mr. Bernhardt was elected as the first President; Dr. Paul Scott – the Simcoe County Medical Officer of Health – was elected Vice-President; Larry Whitby was elected as Treasurer; and Michael Millar was elected as Secretary. Dues were set at $2.00 per meeting.

On the 1st of January 1962 the Club became Chapter 73 of The Royal Philatelic Society of Canada. In 1963 Dr. Scott became President and the Club held its first ever exhibition. Our Club has been in continuous existence since and celebrated its 60th anniversary on the 2nd of December 2020. 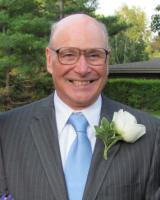 Michael Millar, FRPSC, filled various roles during his years with the BDSC. He was the last of the Charter members, and died on the 19th of October 2014, one day after our 53rd Annual Stamp Show and Bourse.